Everything You Need to Know About the LED Lightbulb 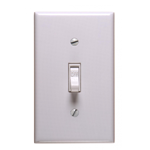 LED lights are replacing fluorescent and incandescent bulbs in almost every industry – from commercial buildings to residential properties. There are many reasons to like LED lights, and although these advantages run the spectrum from energy conservation to efficiency, there are also some cons that you should consider.

Advantage: LED Lights are Sturdy Under Changes in Temperature

Bright lighting is often necessary in field applications, where the temperature can run very hot or very cold. For example, street lighting in Arizona would not be subject to the same very cold weather that outside lighting in Pennsylvania would experience. As Pittsburgh electricians would tell you, incandescent bulbs degrade quickly in winter weather, whereas LED lights hold fast and are reliable. In fact, it is the voltage difference and relatively low power consumption that makes LEDs suitable for applications in remote places where the weather is harsh.

In addition to being durable and impervious to changes in temperature, LEDs are very efficient. In fact, their mode of operation is fundamentally different from that of the traditional light bulb. A traditional bulb loses most of the power you pay to put into it as useless heat, with only about 20 percent going into lighting a room. The tungsten filament heats up, and the resulting light is from the “burning” metal. LEDs cast off very little heat because the origin of the light is electrical current, so you’re wasting very little power – the efficiency can be as high as 80 percent, and the emitted heat ten times less than incandescent bulbs. You literally save hundreds of dollars per year in operating costs with LEDs.

Disadvantage: Initial Setup Costs Can Be High for LED Lighting

LED light bulbs are more costly than traditional bulbs, given the technology behind the light-emitting diodes that form them. As Pittsburgh electrical services can attest to from experience, this cost disadvantage is small for residential properties, but can become significant for an office building that has to replace hundreds or thousands of light bulbs.

However, despite the set-up costs, LEDs end up being cost-effective because of the significantly reduced annual electrical imprint. Since they require far less power than traditional bulbs, you need much less energy to get the same amount of light out – which translates to a lower energy bill.

Advantage: Your Carbon Footprint is Minimized

Mercury, incandescent and CFL light bulbs all contribute negatively to the environment. CFLs (compact fluorescent bulbs) are made with mercury, which is toxic and represents a serious risk to the environment – both human health and animals, in fact. Although incandescent bulbs do not contain mercury, they are responsible for 4500 pounds of carbon dioxide waste per bulb per year.

LED lights, on the other hand, contribute ten times less carbon dioxide waste annually, and of course there is no mercury anywhere in the manufacturing process. Furthermore, the lifespan of LEDs don’t degrade under many of the same circumstances that the other bulbs will – which is important to Pittsburgh electricians who have often have to install them in less than ideal weather conditions. Overall, LED lights confer many benefits, and have very few cons – especially as concerns the environment.

Give your home an electrical reboot with help from the Pittsburgh electricians at Tudi Mechanical Systems. Whether you’re looking to rewire just one room or the entire home, our certified team of expert electricians can help you transform your home’s electricity into a system that provides efficiency boosts like no other. Call us today for your free home electrical estimate, and discover how our electricians can keep your home in working order and better than ever before.